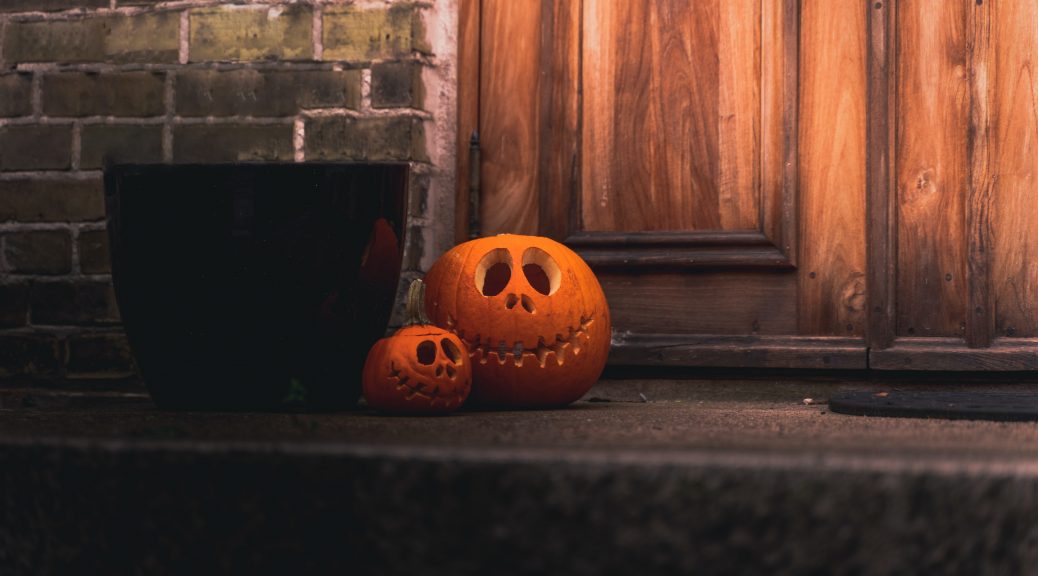 With Halloween now behind us, am I the only one feeling the urge to suddenly flip the switch for all things Christmas? I usually love the fall season, but this year, I feel ready to move on to the next thing. I haven’t actually pulled out my Christmas decorations just yet, but I get closer everyday. Now, if it could cool off just a little bit…

Back to the reason you’re all here- in October I read five books and despite my plans to read more horror this fall, that didn’t happen:

Designing Your Life by Bill Burnett and Dave Evans

I liked this book a lot and wouldn’t mind having my own copy. (I borrowed it from my library.)

There was really nothing groundbreaking per se, but I found it comforting in a deep way. You don’t have to have one clear life passion. In fact, this book argues that most people don’t. They make the case that most people have multiple possible lives inside of them that could make them happy. So, there’s no reason to worry about picking the ‘wrong’ path.

I also liked the beginning portion of this book that focused on different areas of your life and how you can work to balance work, love, play, and more.

Highly recommend if you’re feeling lost or hoping to make a big pivot!

This is the second in a planned trilogy (The first book was Realm Breaker, read my review here.) and it kind of had that second book in a trilogy kind of vibe about it. There was lots of traveling, more world-building, and building toward bigger things. Don’t get me wrong, there was still quite a bit of action! But it felt slower somehow than the first.

I’ll keep my description fairly vague, so I don’t spoil too much of the first book. But basically, Corayne and her crew continue their mission of destroying spindles. At the same time, Corayne’s uncle, Taristan, is determined to continue opening up new spindles in hopes of welcoming in ‘What Waits.’ This back-and-forth continues to become more dangerous as the fate of the world hangs in the balance. Like I said about the first book, my favorite part of this series continues to be the characters, not really the plot, with Dom and Sorasa being my favorite.

This was a strange book, though not necessarily in a bad way.

Mallory Quinn is a recovering drug addict, who lands a nanny job with the help of her sponsor. At first, things are great. The child (Teddy) she’s watching is nice. The job comes with a small, private place to stay. The neighbors are friendly. But soon, Teddy’s imaginary friend seems to be less and less imaginary. He’s always talking to her or about her and he begins drawing disturbing images. Mallory is rightfully worried, so she begins to dig. Who is the woman he’s drawing? And who is his imaginary friend? Could she be something more… something real?

I listened to this as an audiobook, but apparently the actual written copy included illustrations of Teddy’s drawings. I think that’s such a cool idea and I wish I had seen them!

Love on the Brain by Ali Hazelwood

If you enjoyed Ali Hazelwood’s The Love Hypothesis, you’ll enjoy this one too. This is NOT meant as a criticism as I enjoyed both books, but there are quite a few similarities between them. I personally love that Ali Hazelwood has developed her own genre of romance between scientists. But if you are looking for a radically different story, this isn’t it.

Bee gets an incredible opportunity to work on a NASA project involving special helmets for astronauts (it’s kind of complicated), so, of course, she accepts. But there’s a catch. The other co-lead on the project is her nemesis from grad school, Levi. When they officially start working together, it’s as bad as Bee imagined. It’s awkward. She doesn’t have the supplies she needs and Levi’s seemingly not that eager to help her. I can’t say too much more… but I think you can imagine where this is going.

The Cage by Bonnie Kistler

From what I’ve gathered from Goodreads, if you like legal novels like The Firm, this may be a good pick for you. (I haven’t read it, so I can neither confirm, nor deny.)

Shay Lambert gets on the elevator at work with the head of HR at CDMI, Lucy Carter-Jones. By the time the doors open again, Lucy is dead. Shay soon finds herself under suspicion as police try to figure out whether this was murder or suicide. And, what was the reason? A tangled web slowly begins to unweave.

So, I feel that this started really strong… but I’m just not that into corporate drama or legal paperwork.

Check out what I read in September!